... which sounds very much like something I might have created for the last Sisterhood of Snarky Stampers challenge, which was B is for Boobies. But no, it's for the new challenge which is H is for Pink Halloween.

Now I don't really bother much with Halloween - I've shared a couple of cards this year but neither has used any actual Halloween Schtuff, because I don't actually have any. So I've been keeping my eyes open for Halloween ideas that don't need any tailor made bits of kit, and I've seen these pumpkins made from punched and die cut ovals and circles on several blogs recently. Each one id just three identical shapes, inked a bit at the edges and stuck together with a scrap of green for a stalk. So I thought, why not make some  in pink? And then create a swirling autumn mist with a layer of pink swirly vellum over my base card? And what about a finishing touch of a bit of glossy accents for a shining highlight?

What do you mean, pumpkins don't shine? Pumpkins aren't pink either!

But my pumpkins shine AND they are pink. Take that any way you like..... but keep your hands off my pumpkins. 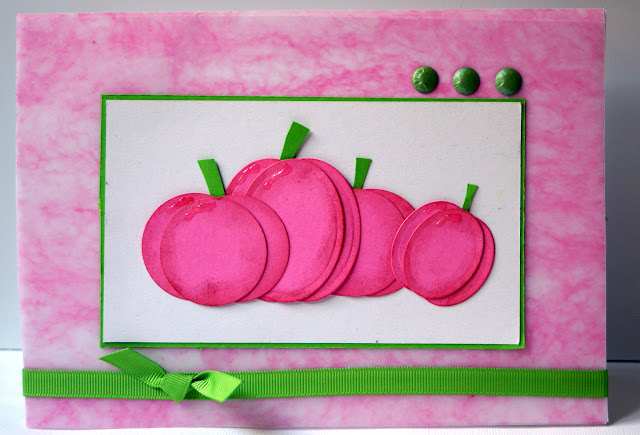 Fantastic pretty pink plump pumpkins!! You are right, that totally would have worked for B is for Boobs too!!
Thanks for coming back to the sisterhood of snarky stampers for our PINK HALLOWEEN challenge!!

yaay is it in Pink Jane
cute Pumpkin and I have never seen it before that is in pink
great design and love the add of that green ribbon too
and this is with texture why not join at House of Cards challenge for this month dear Jane
see you there maybe
hugs, Monika

What perfectly pleasing pretty plump pink pumpkins! I think everyone should see pink pumpkins as they turned out incredibly cute! Thanks for playing along with the Sisterhood's Pink Halloween challenge.

Spray paint and glitter, and even real pumpkins can be shiny and pink. :D So I think yours are perfectly reasonable and perfectly done! Possibly a little less snark than we are used to from you. ;) Thanks for joining the Halloween fun at the Sisterhood of Snarky Stampers!

Pink AND pumpkins AND snark, all in one card? I don't think I'm *quite* experienced enough a snark-ess for that yet. But just you wait until this time next year......