It's time for our weekly challenge at Cardz 4 Guyz and this week we want to see a number or numbers on your card. It could be for a birthday or an anniversary, but I've chosen to use an image that features numbers - a pool game!

The toppers I have used come from a super-useful set of male themed card toppers available from Foil Play  - so useful for making quick cards for men - and I made the Double Diamond card from a single sheet of 12 x 12 card, using my Hougie board for all the scoring and measuring. It looks terribly complex but in fact only took about 5 minutes to make! the instructions are in the book "Everyone needs a Hougie - 3". I've searched around for an online tutorial but they all look far more complicated than the one in the book, and the great bonus of the version I've used is that there is a top flap which tucks neatly into the pocket formed by one of the diamonds - so the card becomes it's own self-contained envelope! How cunning is that? 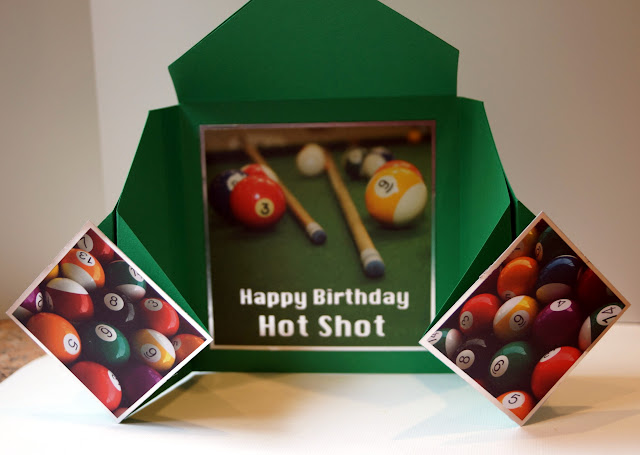 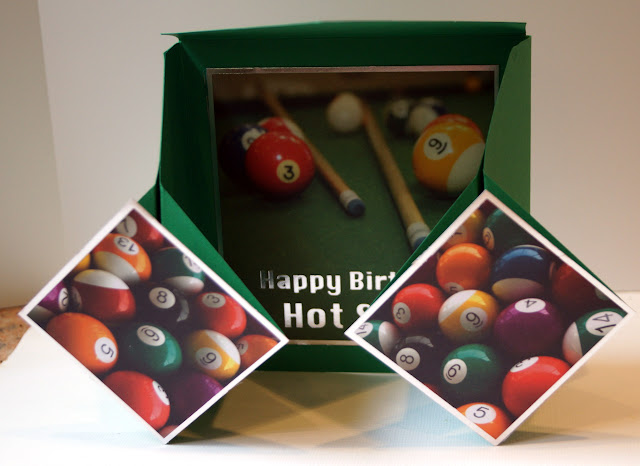 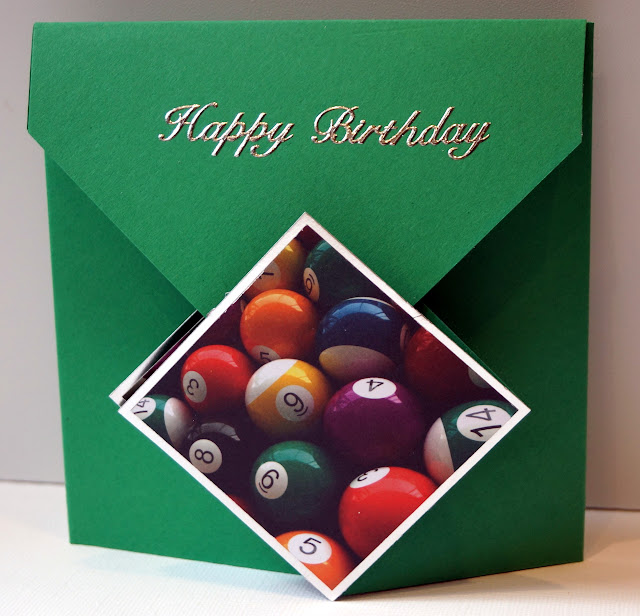 What a fancy card !!! Fantastic and cool idea!

What a great fold, I've not come across that one before. Do I need the book???? Are you trying to enable me again??? LOL! Brilliant way of incorporating numbers into your card too. xx

What a super design, Jane - I love how you incorporated the numbers and great theme for a male card.
Hugz, Jan xx

What a clever card, both the theme and the shape. :)