The tag topper I made for this card is made with a stamp that's been in my collection for many years - it's an unmounted one so there's no brand name but it may have been from Dimension Fourth where a lot of my early clear stamps were from. I stamped and embossed it, and then coloured it in with a mixture of Promarkers and Wink of Stella, with a gold gel pen for the candlestick.

To make the glowing background, I made a rough mark on the card to show where the tag would be, and then sponged yellow distress ink into the area that would be covered, dragging it outward with the sponge and then using a damp waterbrush to drag some "bursts" of the colour slightly further out. Then I added a few gentle brushstrokes of yellow Wink of Stella to give it a subtle gleam. 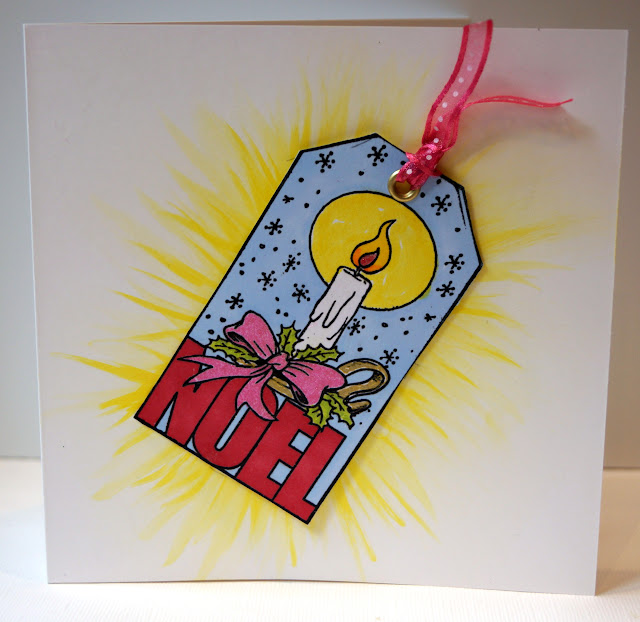 It's so hard to capture the look of Wink of Stella on a photo, so I played about with light and angles for a while and I think it shows on here, at least on the bow. 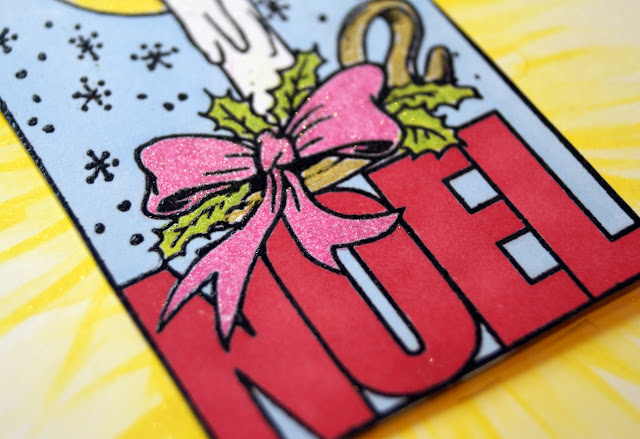 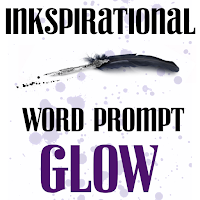 A lovely card Jane. Your tag is gorgeous. I really want to get some Wink of Stella's . They really do add something. Barbxx

I love the glow behind the tag Jane
really creative idea
and lovely tag you made I adore the color combo and the glitter ribbon image
wonderfully made Jan
hugs, Monika

What a stunning effect! I love the glow, very festive and pretty! Thank you for joining us at ATSM this week!
Kamila DT

This is perfect for our Glow challenge and I love the bright colours you've used, and also that the glow continues on the card behind the tag.
Thank you for joining us at Inkspirational Challenges. Come back next time! Marina