Hiding in the jungle

I'm sorry to be deluging you with posts today - I've had a busy few days of crafting and now I have a hectic week ahead and may not get chance to post at all. So I'm having a bit of a blitz today. 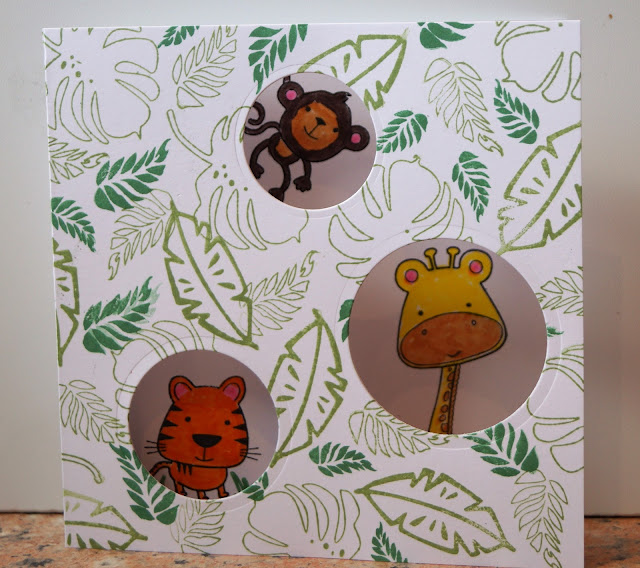 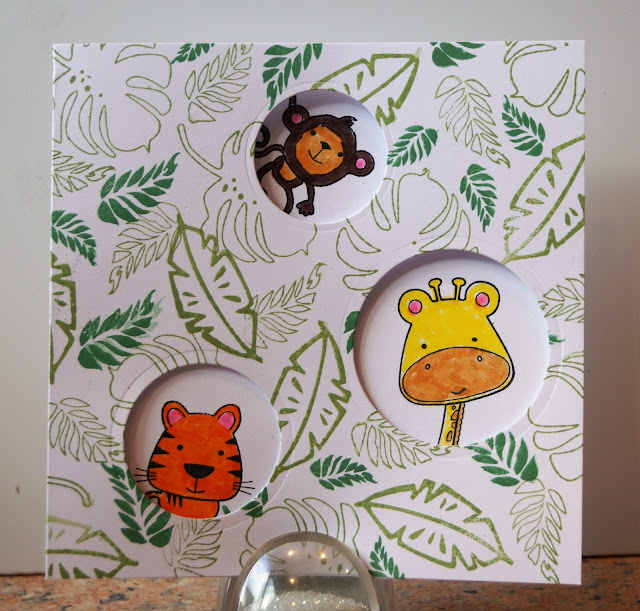 This is one of those cards that is just so much easier to make when you have a stamping platform!

First of all I put the CLOSED card in the Misti, using the Creative Corners to position the card, placed the animals ( a set that was a magazine freebie) where I wanted them to be peeping out, drew lightly around their heads to show where I wanted the apertures and closed the platform to pick the stamps up on the clear plate. Then I removed the card, leaving the corners in place to make sure I replaced it in exactly the same spot.

Next I stamped jungle leaves, from a couple of Uniko sets, all over the front of the card. Then I taped circle dies over the pencil markings, so that each head would appear to be peeping through a circle, and cut the apertures.

Now I returned the card to the Misti, positioning it inside the corners, but this time I opened out the card and turned the front panel to the back, so I was stamping on the inside. Then I inked the pre-positioned stamps and stamped the images. I coloured them in with watercolour markers rather than alcohol ones, so the ink wouldn't show on the back of the card, although I could have used the alcohol ones and covered the back panel with a spare piece of card - but I've only just thought of that. Although you can't see them on the photo, I stamped a few more bits inside - some grass for the giraffe  and tiger to stand on and a vine for the monkey to swing on,

Finally I turned the front panel back to the front and re-creased the fold.

Now, please don't point out to me that tigers and giraffes don't live on the same continent - I know that, and had intended using the lion and not the tiger, but he was facing the wrong way and looked all wrong!

Make My Monday - Going around in circles 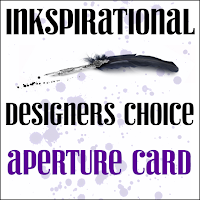 This is great, Jane! You should send it to the magazine for publication! Jo x

Briliant card, love the jungle and your design

Artistic licence, animals can live wherever they fancy! This is so cute and I love how they are peeking through the leaves x

A lovely card Jane and clever use of your stamping platform! Barbxx

Yay.. this is such a fun little animal card! Your three apertures are perfect for the challenge! Thanks for sharing with us at Inkspirational!
- Shauna

a real fun card, thanks for sharing it with us at MMM challenge Janet DT

How adorable your critters, peeking through the jungle! A clever, delightful take on 'aperture'; thrilled to see you in the Inkspirational gallery!
~carol