The current challenge at CD Sundays is H is for.......

For me, it could well be H is for HATE, as I chose to use the CD I love to hate, Joanna Sheen's Viva la Divas. For a CD that I keep saying I hate, it gets an awful lot of use, more than many of my favourites! I love the retro style images but I find it very hard to be creative with them. However since I got hooked on the Dylusions sentiment stamps, a lot of the images on the CD have had a new lease of life, and this Housewife doing the Housework with a Hoover is a prime example of that!

Instead of a backing paper from the CD, I chose a paper from the DCWV Stack 9 12 x 12 pad, because it reminds me of the wallpaper a great aunt used to have in the 1950s. I've used the main image printed out from the CD but with the sentiment deleted, as the topper on a gatefold card, with the Hoover cut out from the second large image and added with 3D glue to add a little dimension. Before printing, I deleted the sentiment, then once the card was made up, I added the stamped sentiment in its place. On the inside of the card I have added the three small images from the sheet, arranging them in "fifties flying ducks" formation - another reminder of my great aunt! 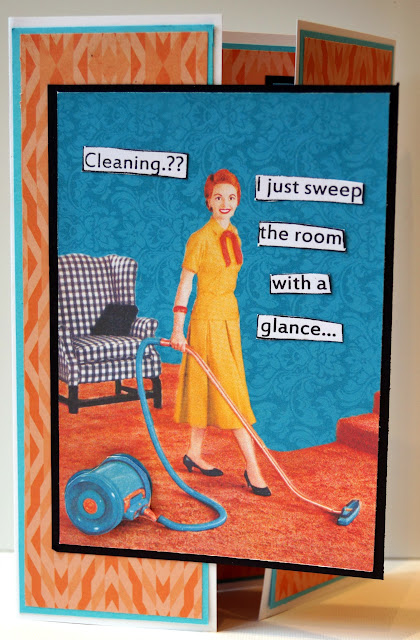 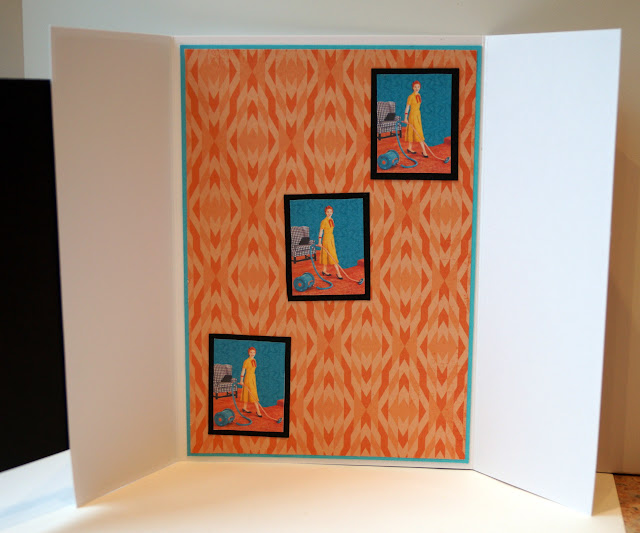 What a fun card Jane. I remember your earlier comments re the aforementioned CD. Brilliant nod to the flying ducks as well. Weren't they awful?
Thank you for joining in with us.
Carol xx
CD Sunday DT

Brilliant card and love the sentiment! Thank you for sharing with us.
Jocelyn x
CD Sunday DT

Sounds like the way i like to clean , It's a great card and i do like the stamps you used , so versatile and work so well with the image.
Thanks for joining us at CD Sunday.
sue-b xx

A fabulous card, such an fun image.
Thank you for joining us at CD Sunday.
I have candy on my blog if you would like to take a look - http://craftingwithcotnob.blogspot.co.uk/
Pauline
Guest Designer
x